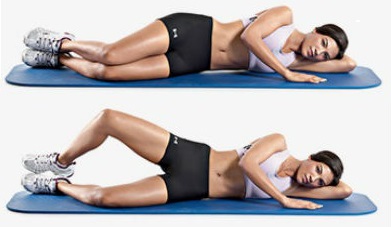 It is common to observe this muscle imbalance by watching someone walking, running, standing on one leg, single leg squat or walking lunge. Common observations of someone with a tight TFL will be an increased anterior tilt of the pelvis, internally rotated femur leading to medial knee position, dropped opposite side of the pelvis “Trendelenburg” sign. TFL length may be reduced. Glut med strength will commonly be decreased due to inhibition of this muscle with an overactive TFL.

Tensor Fascia Lata (TFL) is a small muscle found on the outside of the hip. It attaches to the top of the pelvis (anterior iliac crest) and inserts down into the Iliotibial band (ITB). This muscle plays an important role in stabilising the hip and pelvis, as well as helps to abduct the hip (take the leg out to the side), flex the hip (raise the leg out in front) and medially rotate the hip (turn the leg with a straight knee inwards so the foot points inwards).

Due to its flexion and abduction functions and role in pelvic stability when weight bearing on one side, the TFL is used extensively when running. This can lead to it becoming overworked/overactive, especially if other abductors and stabilisers, such as Gluteus Medius (glut med), are not working effectively.

It is important to address the overactive muscle TFL with rolling, trigger point release, and stretching. Correcting muscle imbalances around the hip are important to help reduce the stress on the TFL. Developing strength in the other hip abductor muscles is a good place to start. Strengthening glut med in isolation to master the activation of this muscle and then integrate into functional movement and strengthening. Tight hip flexors may also result in inhibition of glut max, and consideration into retraining other muscles around the hip must be given.

Identifying this common muscle imbalance is key for treatment of hip/thigh/knee pain, and also for injury prevention!